We keep sharing all of these fun kids birthday party ideas, but what about us adults!? We need to do something for US every once in awhile and what better time than a BIRTHDAY PARTY!! I know too many adults who don’t get excited for their birthdays, YOU SHOULD!!! You made it another year! You survived! Do something for YOU!! ORRR for a friend!! Celebrate them if they won’t!! I LOVEEEE birthdays!!! One of my best friends, Taylor, just wanted to hang out at home and didn’t want to do anything big. Our other best friend, Rebekah, and I decided she needed more than that!! We needed to Celebrate HER!!!! That’s where the Balloon Popping Scavenger Hunt came into place!!

Rebekah decided we should do a scavenger hunt downtown! We started making the list of things to do and find and we wanted to make it a little more adult and fun!! So here is how to throw your own Balloon Popping Scavenger Hunt:

It was her Golden Birthday, so we bought a package of Gold Balloons! There were 12 balloons in the package! That gave us a starting point of how many stops we needed!! So we wrote the clues on cards,

rolled the cards up, stuck them in the balloons, 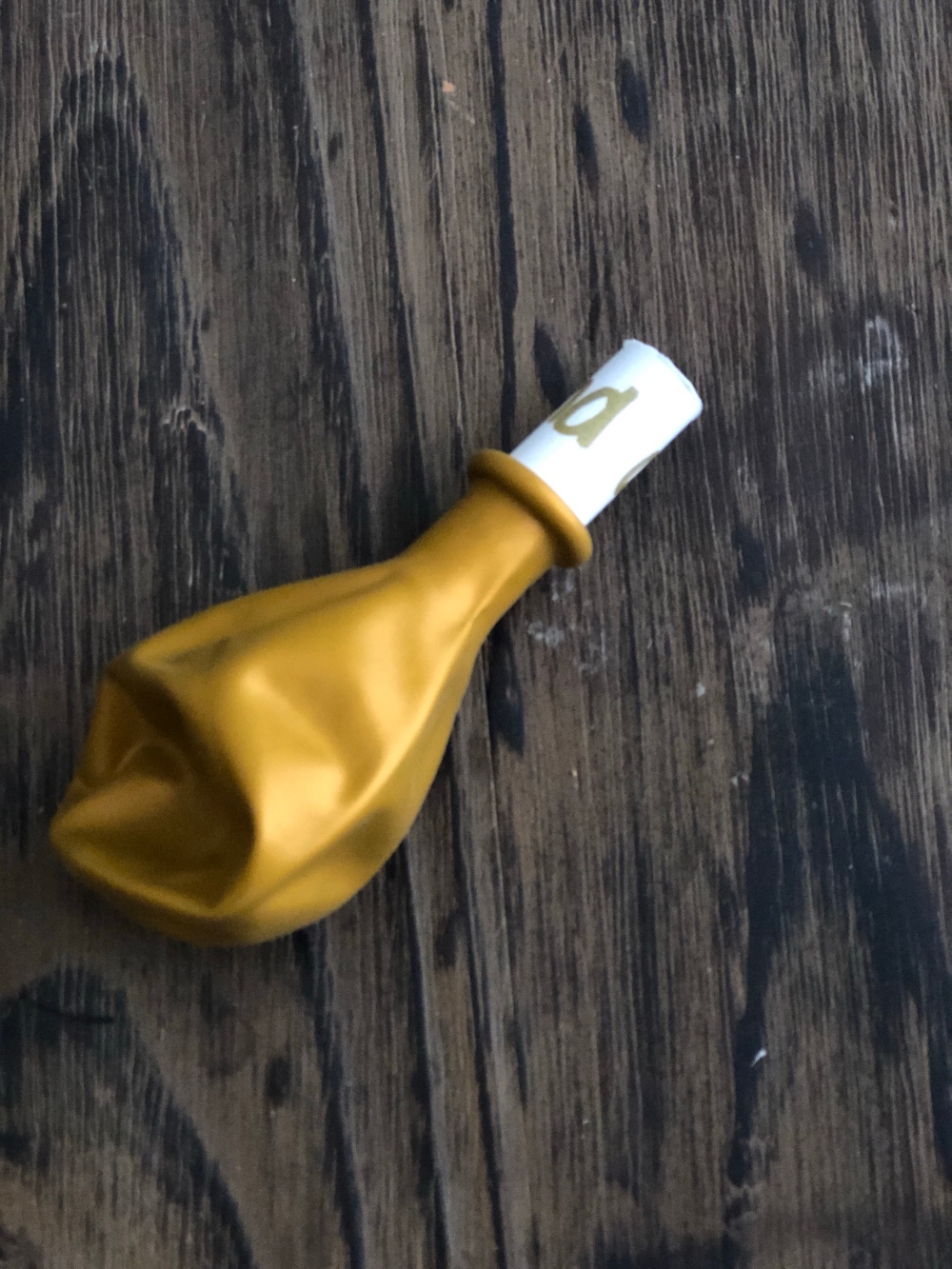 && blew the balloons up! Now you can’t see what the clue is!! We also thought this would be more fun than just having a list! This way the WHOLE night is a surprise because you have no idea which clue and stop is next!! It keeps the excitement going!

We each got her a birthday card to write something special in it! It also held the clue that we were going on a scavenger hunt!! We wouldn’t tell her what we were doing at all!! The second card told her we were taking this downtown!!

Since this was a surprise and we would be driving around to the stops; we hung a golden Happy Birthday Banner in the backseat with all of the balloons && Gifts!! Which brings me to my next thing: We bought her 5 gifts between the two of us! So 5 of the clues were to Open A Gift!! 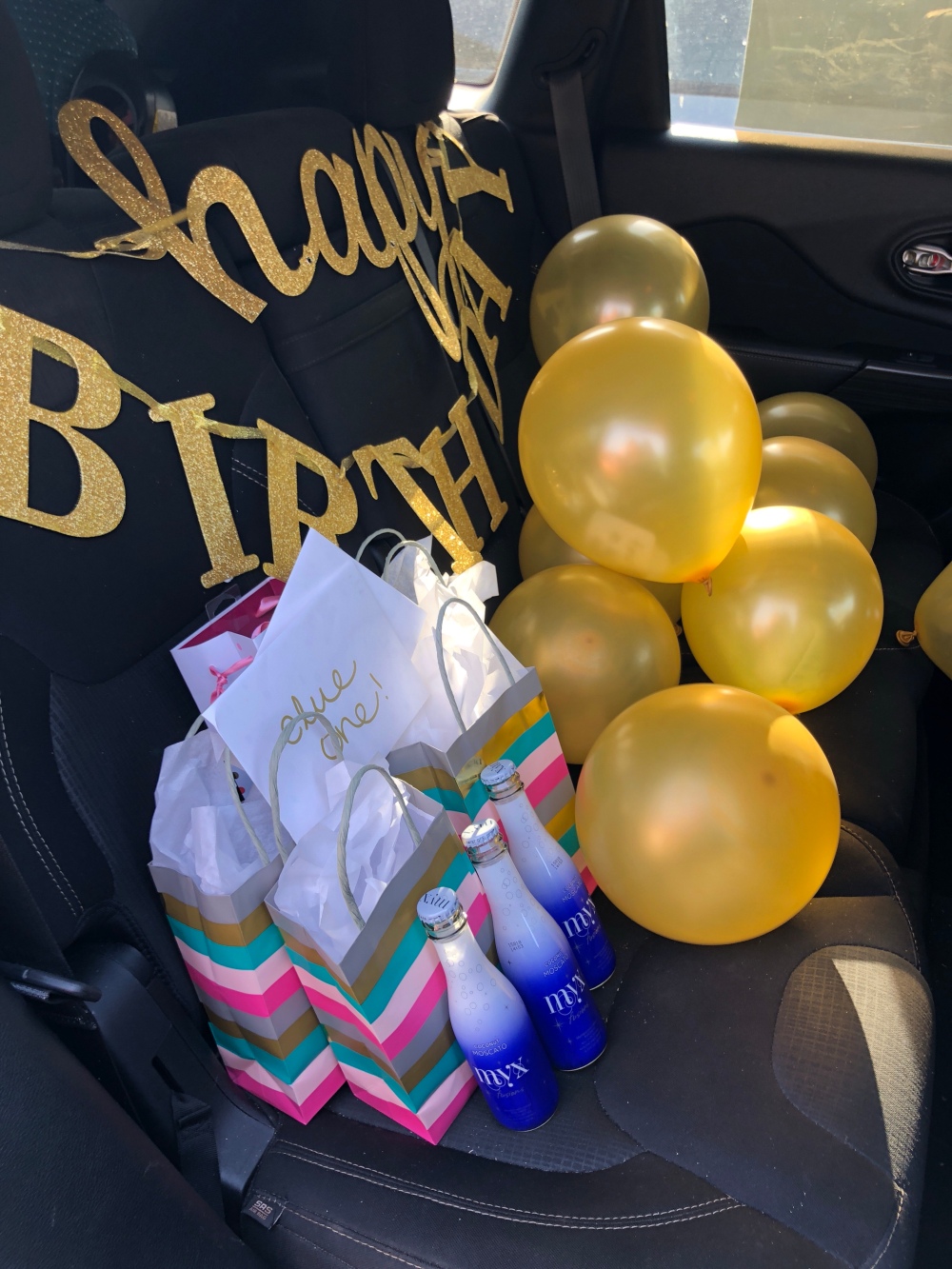 Here were our clues to help give you ideas:

We took our BEFORE party photo!! 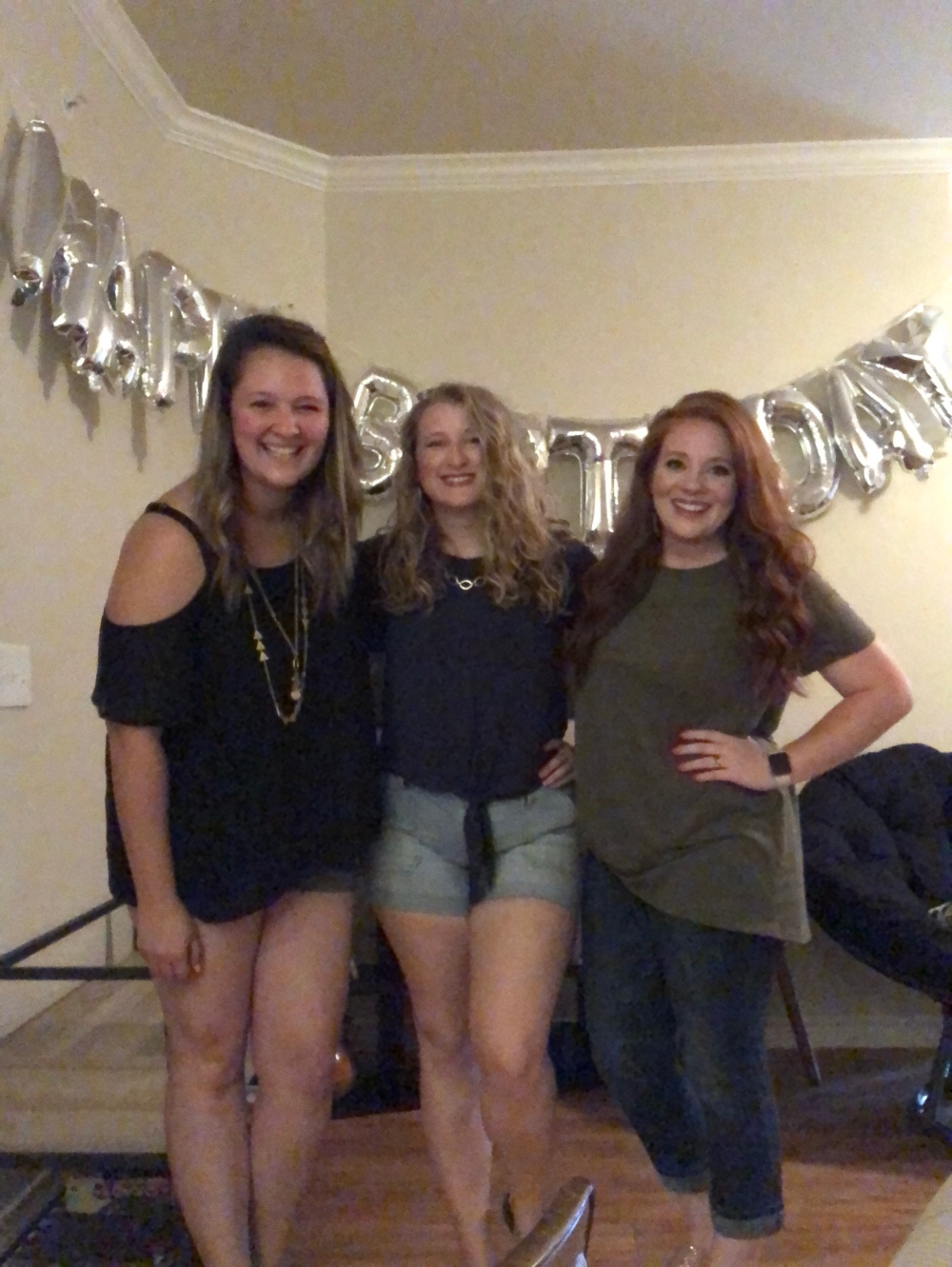 Here are some of the fun photo stops we took finding each clue/spot!

She found a Taylor St.!

We stopped at an Italian Restaurant for her Birthday Dessert!

We had her pose alone too, justtt like the statue! 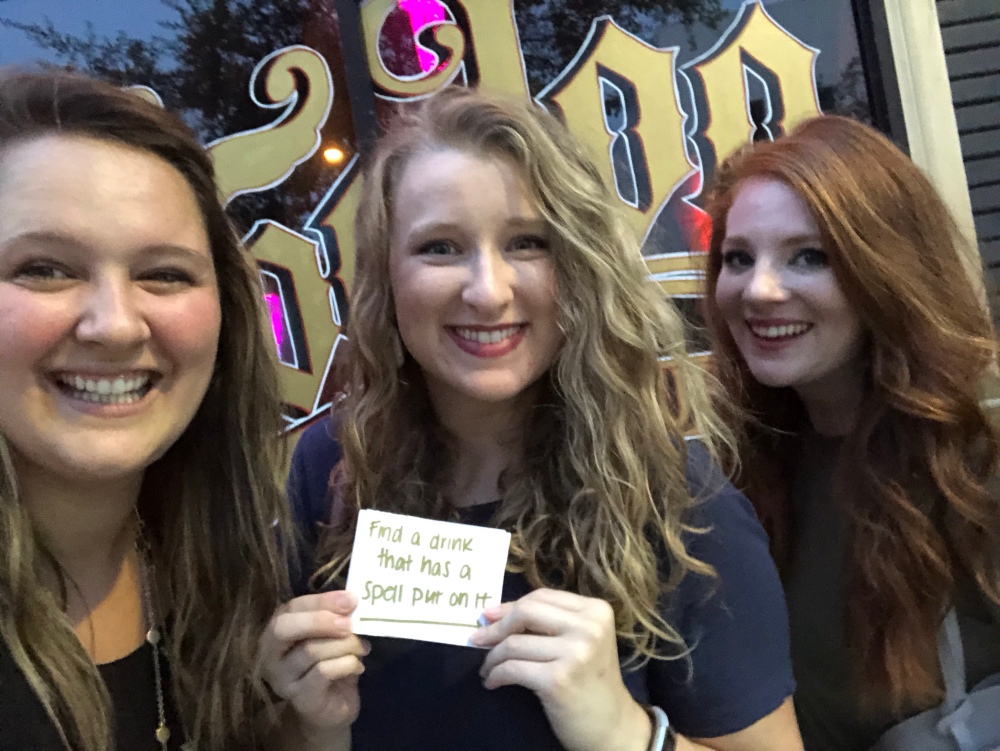 We all agreed that this was one of the best nights we’ve had!! From here on out, birthdays for our group are going to be fun surprise parties thrown by the others!!

Getting her Temp Tattoo lol

What are some fun adult themed parties you’ve been to or thrown?? Rebekah’s Birthday is next!! We need some fun ideas!!

Until the next celebration,